From April to November of 2022 SPG will hold weekend play on Saturday and Sunday mornings at the tennis courts associated with the Wardlaw-Hartridge school at 1295 Inman Ave in Edison, New Jersey.

Our starting time is 9:00 am and we play until 1:00 pm. You can play during all or any part of this time period.

Eight courts are reserved for SPG along with benches, picnic area, and shady area. There are fast food restaurants nearby that can be used.
All you need to bring is your racquet because SPG provides new balls each day.  There is plenty of parking available on site. 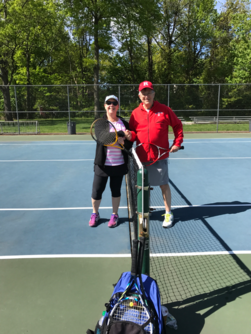 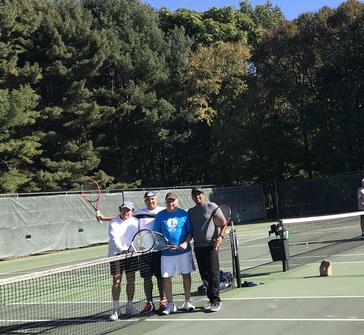 At times,  Wardlaw’s courts are unavailable for outdoor play.  On those occasions, SPG members often move to Kramer Park in Scotch Plains to play. This is a public venue and it is not an “officially sanctioned SPG event.”  You have to provide your own balls and share the courts with local residents.  Some SPG members also play at Kramer on Tuesday and Thursday mornings. Some SPG members brave the cold and play on Saturdays and Sundays between November and March.

Directions to Kramer Park:
The Park is located off of South Martine Avenue in Scotch Plains. You may not find this on MapQuest.  Kramer is roughly two miles from the Scotch Plains exit of Rt. 22 at Snuffy’s Restaurant (near the Blue Star shopping center).  From Fanwood center (the intersection of South Avenue, a.k.a. NJ Route 28, and Martine Ave.), head southeast on South Martine Ave.  Go roughly half a mile.  Then look for Congregation Beth Israel on your left, on the corner of Shalom Way, a.k.a. Cliffwood St.  Turn left into Shalom Way and drive to the end.  (Shalom Way is between Evelyn St. And Mary Ellen Lane). 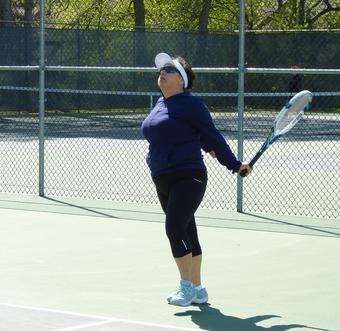 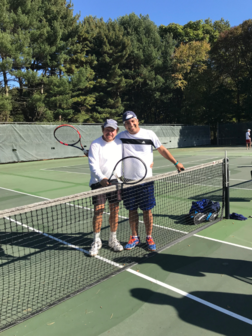